What Are Polymers? What Polymers Occur In Nature?

POLYMER: a chemical compound that is made of small molecules that are arranged in a simple repeating structure to form a larger molecule.

To know what a polymer structure looks like, think of a chain with many links connected together. In nature our own DNA is an excellent example. DNA (Deoxyribonucleic acid)  is a molecule that carries the genetic instructions used in the growth, development, functioning and reproduction of all known living organisms. The diversity of how these chains link mean polymers exhibit a very broad range of properties making them an essential and vital piece in everyday life, no matter where we look.

How Are Polymers Created?

Polymers are created through chemical reactions known as polymerizations, and most polymers are made via just two basic reaction types.

Condensation polymerizations occur when two monomers react to yield a repeat unit (a chain) and then along the way they lose small molecules as by-products such as water or methanol. In plastics one example of condensation polymerization is polyamide that comes from monomers with carboxylic acids and basic amines. A polyamide is a macromolecule with repeating units linked by amide bonds. In our business of engineered plastics we often think of DuPont Vespel®, a specialized engineered plastic. On the other end, naturally occurring polyamides are also the proteins that make up wool and silk.

Synthetic Polyamides and the Birth of Nylon

Wallace Hume Carothers (April 27, 1896 – April 29, 1937) was an American chemist. He is most noted as the inventor of nylon, one of the most widely used and known plastics throughout the world because of is many forms and uses.

Carothers was the leader of organic chemistry at DuPont when he made the first nylon to be a synthetic replacement for silk. Most people also know this is where nylon stockings became popular as silk went into short supply, but nylon was so successful that it replaced many different products after silk became scarce during World War II. Most noted nylon was used in military applications such as parachutes and flak vests. After initial the commercialization of nylon as a fiber, applications in the form of shapes and films were also developed with demand.  Industries as diverse as packaging, electrical and electronics, consumer goods, appliances, and automotive are just a few of the areas that developed applications for nylon plastic in various forms.

One example of a synthetic polymer made through a chain-growth polymerization is polystyrene, a polymer commonly found in disposable drinking cups. It is interesting to note that the original discovery of this polymer dates all the way back to 1839 by Eduard Simon.  As a traveling member of AIN Plastic Business Development I rely heavily on this synthetic polymerization… Since the discovery of this polymerization process, the advancements have been ever changing in the industry of materials like engineered plastics. For example, polystyrene itself comes in forms from clear and hard to a foam version invented by DOW in 1941. The end result simply depends on the particular catalyst and chemicals selected to create polymerization process.

Chemists have discovered new catalysts and developed new synthetic chains to join small molecules into long polymer chains with the right properties for almost any particular use….only time will tell what comes next, and I for one, can’t wait to see.

See our catalog online at www.onlineplastics.com

Kendall Montague is a veteran of the plastics industry with 16+ years experience working with OEM and MRO engineers assisting in developing thermoplastics material selection as well as custom design and fabrication using CNC equipment.

Connect with Kendall Montague on LinkedIn
email Kendal at: kendall.montague@thyssenkrupp.com

Sources for this article:

Many of the types of plastics we use each day have surprisingly interesting histories and stories of creation. As consumers we often don’t think about the type of plastic we are using or how it came to be. Was it created intentionally or by accident? Is it still used today for its original purpose? What is its effect on us? These are the kinds of questions we don’t typically think to ask, and we are actually missing out on fascinating history because of it.

Take cellophane for example. Cellophane has come a long way since its original creation in 1908 by Swiss chemist Jacques E. Brandenberger. The material was actually created as a result of a failed experiment by Brandenberger when he was originally trying to create a waterproof tablecloth. The story goes that Brandenberger was eating at a restaurant when he watched someone spill a glass of wine onto the nice tablecloth at their table. After seeing all the work and time this one spilled glass caused, it inspired him to create something that would repel liquids instead of absorb them. He set out to create this new type of tablecloth but was dismayed when he realized using viscose to spray a waterproof coating on fabric was too stiff.

But, with this failure came a realization: although the coated fabric was too stiff, it produced a clear film which easily separated from the backing cloth. He began exploring new possibilities with this great discovery. After ten years of research and experimenting, Brandenberger was able to create the waterproof material that was eventually named “cellophane.” “Cello” comes from the material used to create cellophane, cellulose, and “phane” comes from the French word for transparent, “diaphane.” With this creation Brandenburger also invented a machine that could manufacture cellophane in 1912. This marked the beginning of cellophane’s great potential and did not go unnoticed for long.

Cellophane was first used in the U.S. by Whitman’s Candy Company in 1912, shortly after the creation of Brandberger’s manufacturing machine. Whitman’s used the plastic for candy wrappers, and was the largest user of imported cellophane from France until 1924. It was in 1924 that cellophane received even greater attention by one of America’s leading plastics companies, DuPont.

DuPont saw the potential in cellophane and acquired U.S. patent rights in 1923 to begin production in Buffalo, New York. Although cellophane was waterproof it was not vapor-proof, meaning it was impossible to use for food packaging since moisture could still collect inside the cellophane. DuPont hired chemist William Hale Charch to solve this problem, and four years later, he did. Now that cellophane was both waterproof and moisture-proof it could be used for food packaging, which is exactly what it was used for then and still is today.

With the invention of moisture-proof cellophane came great benefits for DuPont, including a tripling in the material’s sales between 1928 and 1930. In 1938 cellophane accounted for ten percent of DuPont’s sales and twenty-five percent of its profits, making it one of their best selling products.

DuPont is well known for many other materials and products besides cellophane. Materials we use every day come from DuPont, such as nylon, artificial leather, ammonia, and rayon. Then there are the materials used in very specific applications that also come from DuPont, like Kevlar, the bulletproof material used in police vests. Another material used in specific applications is DuPont Vespel, a polyamide with a unique combination of properties that makes it ideal for aerospace and other highly specialized uses.

DuPont’s products are even more interesting when their history is known. Because of this, DuPont created several pages on their website dedicated to telling the stories of their various products, going all the way back to 1802, the very beginning of DuPont. To learn more about the history of DuPont’s products, check out http://www.dupont.com/corporate-functions/our-company/dupont-history.html.

For more on Jaques E. Brandenburger visit this site.

Alyssa Warner will be a senior at Judson University this fall. She is studying Graphic Design and has completed three internships in her field of study. Alyssa has interned at Kensington Church, the Chicago Symphony Orchestra, and thyssenkrupp Materials NA AIN Plastics Division.

‘Tis the season when many of us celebrate a holiday that involves a wish list and gifts. Reflecting back on the Hula Hoop, a favorite of the past can remind us of how to enjoy the kid that resides in all of us.

What’s on your wish list this year? In 1957 one favorite was the Hula Hoop. But before the plastic hoops became popular they had a long, long history. Plastic hoops were made by Toltoys after production of bamboo hoops couldn’t keep up with demand in Australia. Stories say that Wham-O heard about the Aussie phenomenon and began making colorful polyethylene hoops in the U.S. The original Hula-Hoops cost just $1.98 each. (Today they cost from around $5.00 and up depending on the style.) The initial blast of popularity was short-lived but the Hula-Hoop continues on.

In the 1960’s, much to the dismay of parents hoping for quiet toys, small ball bearings were added so you got the cool shoop shoop noise with every swing. (My first one was semi-translucent hot pink!) In 1980 there was even a nationwide championship where contestants brought out their best Hula Hoop moves. Some of the moves included: The Knee

Knocker, Wrap the Mummy, and The Stork.
Today Hula Hoops come in many sizes and even weights. They are used as a workout aid, a dog agility test, and we see them in dance, art, and yup – the backyard.

But that leads to one last question – how did the Hula Hoop get it’s name?

Long before the Aussie craze hoops were popular toys in Great Britain. In addition to seeing how long they could keep a hoop going around their waist, boys and girls happily chased hoops in races to see who could keep their hoop rolling the longest distance. The story behind the name is that sailors, coming back from the Hawaiian Islands thought the movement needed to keep a hoop going around the waist looked a lot like the lovely Hula dancers they saw during their travels. Hence the name Hula Hoop was born. Oh, and that movement actually caused them to be banned in Japan for awhile. It was seen as a little too racy.

I hope the Hula Hoop memories and history bring you the inspiration to be a kid again this holiday season. We also hope you’ll share what’s on your wish list.

See you in the blogosphere again soon!

for more on hoops and their history see these online blogs and articles as well:

for more about the material polyethylene:

In remembering Veterans Day this past week I thought it might be interesting to consider some of the various and unique ways that plastic materials have contributed to safety, security and defense.

How Are Plastic, War And Women’s Stockings Related?

In the late 1800’s Cellulose based products began showing up in the marketplace. This was followed in the 1900’s with materials like PVC’s (PolyVinylidene Chloride) and Phenolic materials (formerly known commonly as Bakelite).  However the big turning point needed to launch plastics into the mainstream industrial world would be that of necessity.  World War II required rationing of many raw resources such as costly silk from Asia which was used in parachutes, cords and cabling, as well as stockings.  DuPont introduced Ladies’ Nylon stockings right from their Wilmington Delaware headquarters and they sold out of the new hosiery within a few hours!  No longer did women have to struggle to afford costly silk stockings (if they could be found) or paint their nylons on. The new stockings looked great, fit well, and outlasted traditional silk or leg painting.
Nylon went on to become one of the most common polymers used in industrial applications, prized for its toughness and excellent wear properties, not mention it’s ability to be quite stylish and fashionable! 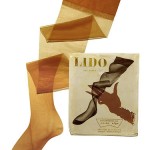